I had recently the opportunity to test a Samsung Galaxy Note Pro where I work. I didn’t have any high expectations because I have a cheaper Galaxy Tablet at home, on the other hand the Galaxy I own is two years old and it’s not the Note model so I was a bit unsure about how good the Galaxy Note would behave with a pen and how good the pressure sensitivity is and so on. After a quick sketch I must admit I was impressed. I expected the Samsung to be a bit sluggish and I imagined it wouldn’t be able to follow my pen movements when sketching really fast, however I couldn’t have been more wrong. It was very fluent and the Samsung comes with an application called SketchBook which was really good and has quite a lot of features. SketchBook is free so there’s already a shortcut to the application on the Tablet when you buy it, but you are required to connect your Galaxy to the internet and download it before you can start to use it. 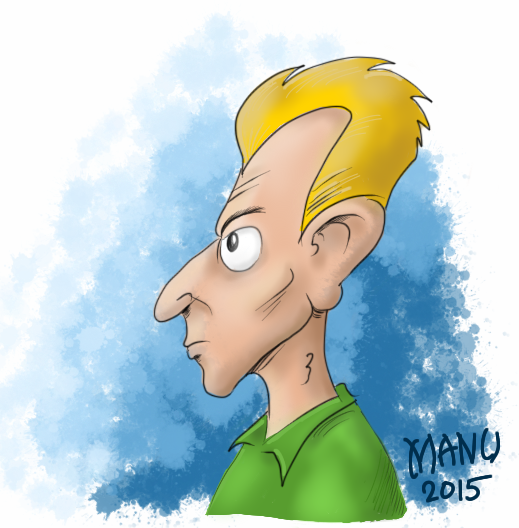 As I said SketchBook has quite a lot of features built in and if you think it lacks something you could just save your image to your Google drive and pick it up on your desktop computer where you could run Krita or something similar to finish for example the coloring. Regarding the coloring my picture had smoother and less saturated colors on the tablet than it had on my computer screen so there’s a little worrying with the color mismatch. Maybe it’s something that can be set on the tablet, I havent looked into it yet. Also I didn’t have a color calibrated computer monitor either to test with so maybe if you look for help on the internet there’s a way to make this less disturbing. Now the biggest problem is I’d want one at home too, and I haven’t budgeted for one. 🙂 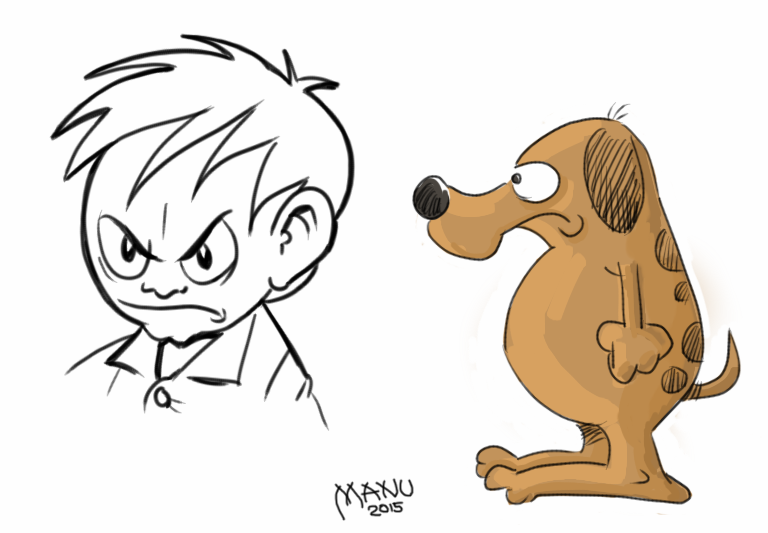 Drawing is a hobby I have and I find it interesting to draw both the traditional way or with software on a computer and learn new things on the way.
View all posts by cartoonspace →
This entry was posted in Digital Art, News. Bookmark the permalink.
Click here to cancel reply.